Learn a little more about The Sheringham Shantymen

The First Thirty (or so) Years …

During 1988 a group of local lifeboat men and friends formed a sea shanty singing group to celebrate the 150th Anniversary of the private sailing and pulling Sheringham lifeboat the ‘Augusta’. They enjoyed the experience so much that they decided to continue. During those first few years as they expanded they welcomed a variety of singers and musicians to join the group but always supporting the RNLI. They formalised the group in 1990 naming themselves the Sheringham Shantymen.

Over the next 30 years the group have developed their own style of performing songs of the sea constantly refining their music and always trying to entertain the public and raising funds for charity.

Although the groups members nowadays are from a variety of occupations they have remained true to their roots and still maintain a very close connection with the RNLI. 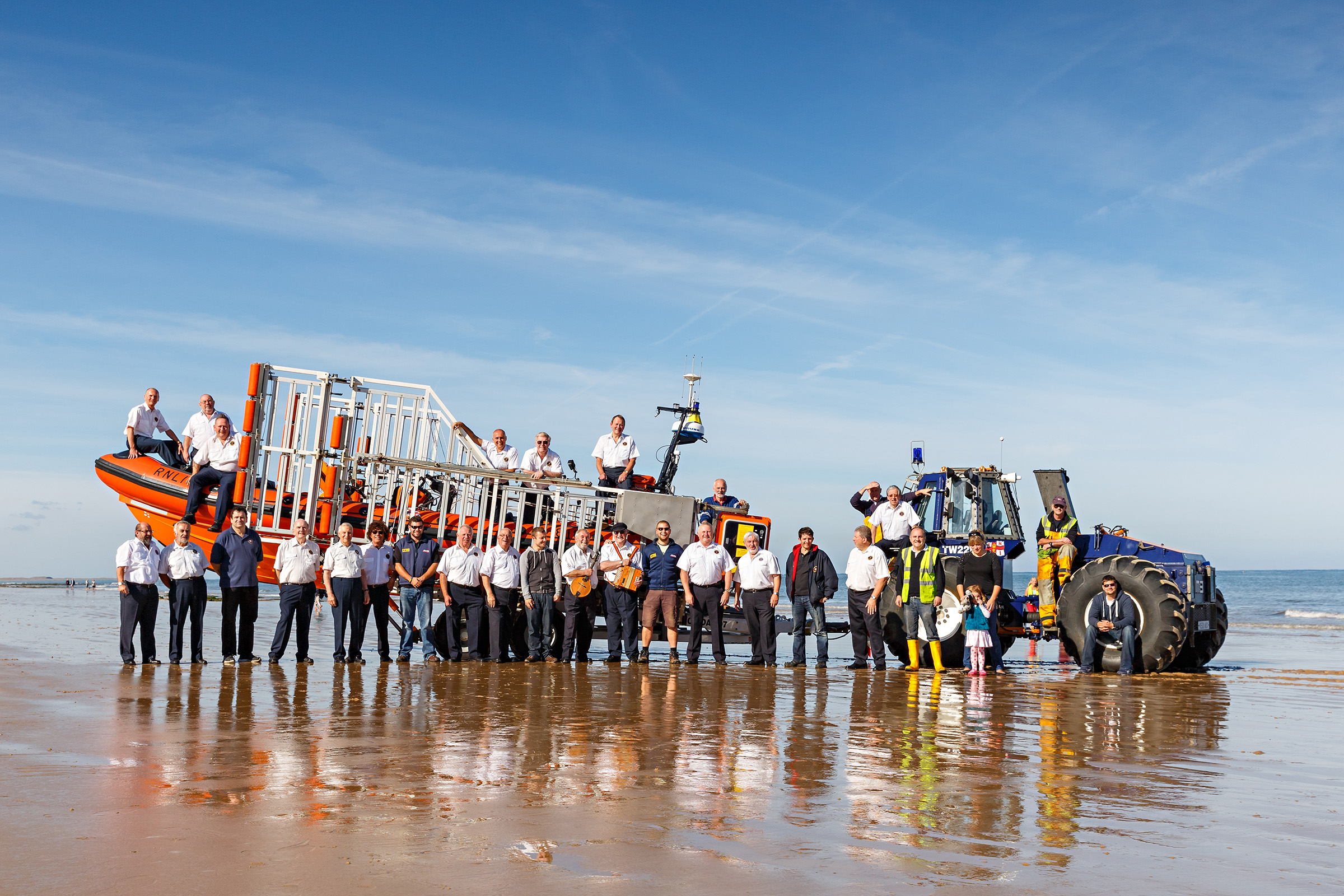 The Sheringham Shantymen are immensely proud to wear the RNLI badge on their uniform and the only organisation outside the RNLI that is allowed to do so. They support the RNLI in a myriad of ways as well as supporting and performing at lifeboat stations around the United Kingdom and Ireland.

The Shantymen spent three years raising almost £20,000 to purchase a new ‘D’ Class Lifeboat for the RNLI stationed in Wicklow in Ireland. In the autumn of 2007 the Shantymen attended the official naming ceremony in Wicklow where the lifeboat was formally named ‘The Sheringham Shantymen‘.

The Shantymen travel widely throughout the UK and Ireland supporting Lifeboat Stations in their fundraising efforts and are always considering how they can help in others to raise funds by performing concerts.

The Shantymen have visited Germany, Virginia USA twice, Ireland four times, Holland twice and France twice. As well as hundreds of local performances the group has entertained at prestigious Maritime Festivals at Bristol, Lincoln, Ipswich, Great Yarmouth, Southampton (start of the 2000 Tall Ships Race) and Portsmouth Festival of the Sea. They helped open the International Boat Show at Earl’s Court in 1995 and have appeared on national television in ‘The Big Breakfast Show’, ‘Highway’ (with the late Sir Harry Secombe), Children in Need, and ‘Blue Peter’ for which they have ‘the badge’. Since 1990 the group has completed over 1,000 public performances, made three videos and recorded 7 CD’s the most recent one in 2016. 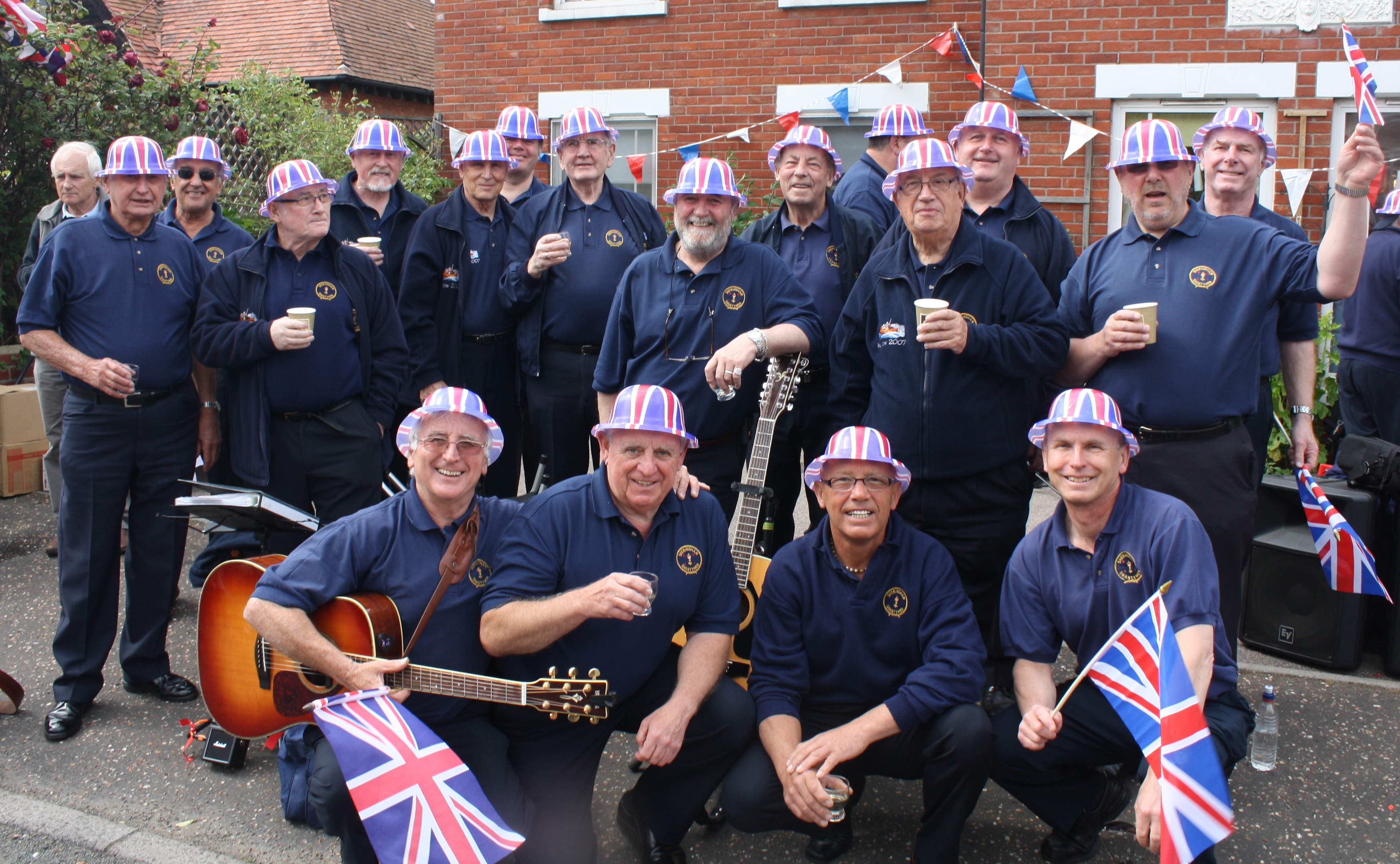 In 2011 they performed two festivals in quick succession, in France at the St Vaast Festival followed quickly by the the Falmouth International Sea Shanty Festival – a festival the Shantymen have attended since its inception some years ago and witnessed the organizers develop one of the best shanty festivals in the country. The Shantymen also performed for ‘Ade In Britain’ in 2011 and ‘Country File’ in 2012.

In March of 2014 the Shantymen made their 6th CD in St Peters Church Sheringham and enjoyed another great season.

In 2015 they celebrated their 25th anniversary and completed three special concerts, two in Sheringham and one in Cromer Pavilion Theatre. It was a great year which they enjoyed immensely and they gave their profound thanks to the people of Norfolk who have supported them throughout. 2016 was another great year for the Shantymen as they welcomed some new younger blood into their midst and these will help develop new ideas and new ways for the future. They also made their 7th CD at St Peters Church which comprised a selection of their favourite songs.

In 2017 the Shantymen did over thirty gigs and their very first gig at Folk East which was a lot of fun and a new venue for them. 2018 was again a very busy year with thirty odd gigs including major performances at International Sea Festivals at Falmouth and Great Yarmouth.

2019 was as usual a very busy year culminating with the gig at Cromer Pier Pavilion Theatre on Thursday 17th October 2019 with their good friend, journalist, author and all round entertainer Mr Keith Skipper. At this gig the Shantymen were able to donate all of the profits from the Pier gig, some £6,000, split between the charities of Cromer & Sheringham RNLI and Nelsons Journey.

Although 2020 was the Shantymen's 30th Anniversary year and somewhat special they were left in a very surreal situation with the impacts of Covid19. They had been planning a series of local gigs at local Theatres but that was not to be thus they put a series of virtual songs together for the Sheringham Carnival which were aired on their Facebook page and the Carnival Facebook page on Thursday 6th August at 7.30 pm.

In May 2021the group picked up the threads and eventually completed about 10 gigs through to the end of November 2021. They completed their special gig at the Cromer Pier Pavilion Theatre on Sunday 14th November. Unfortunately their good friend Mr Keith Skipper was indisposed but his colleague and all round entertainer Olly Day took his place and the gig was enormously successful allowing the Shantymen to donate all the gig profits to Sir Norman Lamb Mental Health Charity as well as Comer & Sheringham RNLI's.

In March 2022 the Shantymen decided to perform a charity concert for the people of Ukraine , The concert which was on Saturday 26th March at St. Peters Church Sheringham raised over £5,000 all of which was donated to the Disasters Emergency Fund (DEF). Entry was free but there was a retiring collection. The Shantymen were privileged to welcome Michael Gurney DL, The High Sheriff of Norfolk who introduced the event and Duncan Baker MP who summed up at the end of the concert. A great night was had by all.

A﻿s we now approach the autumn we are preparing for our annual Pier show this year and the all-round entertainer Mr Olly Day has been invited to compare our show and bring his own brand of music and comedy to make a wonderful evening of entertainment.

We have some great gigs lined up, see them below. Alternatively, you can see all our gigs